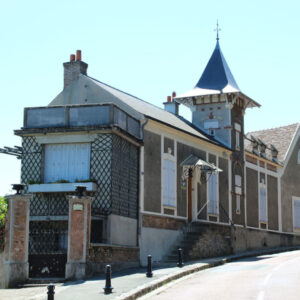 A panorama of hills and forest stretches out beyond the cobbled streets of Montfort-l’Amaury. For Maurice Ravel – composer and collector extraordinaire – it was the view from the balcony that first sold the house.

France is in lockdown as I write. But before that, I was lucky enough to visit the Belvedere, the house where Maurice Ravel lived from 1921 to his death in 1937.

The Belvedere is what you might call a confidential address, accessible only on certain days and in small groups. Once inside, you can see why. Though the house is picturesque, it’s no chateau. 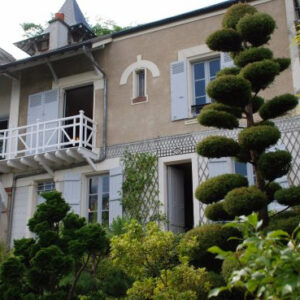 The stairway’s tight, the rooms are snug, and there’s even a secret annexe off the music room (handy for whisking manuscripts away from prying eyes, it transpires). 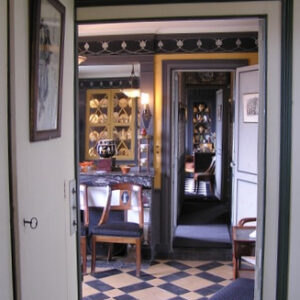 The composer was in his mid-40s and at a low ebb when he bought the Belvedere. He had failed to win the coveted Prix de Rome four times, losing out each time to composers whose names are hardly known today. Determined to serve his country in the 1914-18 war, he had tried to sign up to the airforce, but was refused on grounds of height. (Ravel’s brocade waistcoats are displayed near the entrance – at 5 foot 2, he was every inch the dandy).

Finally, he was allowed to drive trucks at the Front. He caught dysentery. His beloved mother died in his absence and he felt he had abandoned her. For months, he never touched a manuscript. 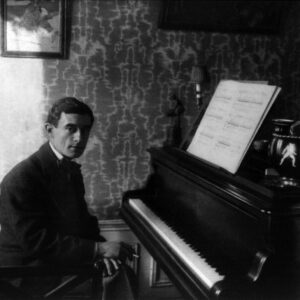 A house in his image

Instead, he threw himself into this house – his first – re-shaping it to reflect his highly individual tastes and personality. He created his own Art Deco wallpaper. He arranged his collection of singular objects, arranging them for harmony or piquancy, creating patterns for the eye rather than the ear. 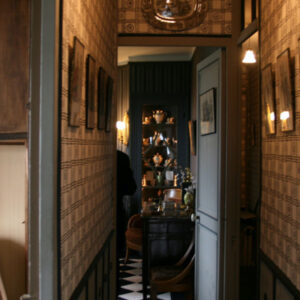 He immersed himself in gardening books, tended to his orchard and turned the sloping garden into a little Japanese haven. 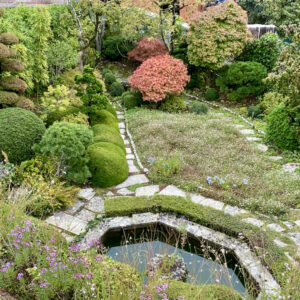 Ravel was an inveterate antique hunter. He’d invite friends to admire the latest treasures in his sitting room, before revealing how much – or rather, how little – he’d paid for them. The cabinet of Creil et Montereau picture plates, the antique Chinese cups, the drapes, the furniture … 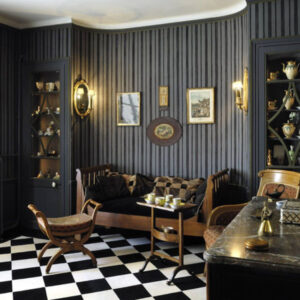 everything is ‘curated’, elegant – and personal. Often, homes of famous people are reconstitutions of the original. Not this one. It feels as though the owner has just popped out for a pack of Gauloises. 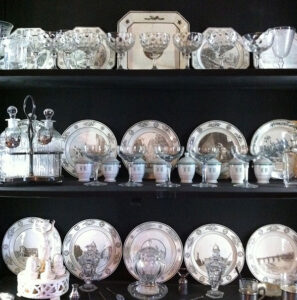 In the music room, Ravel’s rosewood piano, a French-made Erard, fills most of the space. Surrounded by portraits of his family and silhouettes of composers, he composed Bolero and the piano concertos here.  On the piano are more of his treasures – a collection of snuff boxes, butterfly wing art and a rare 19th century scene made of spun glass, a speciality of Nevers. 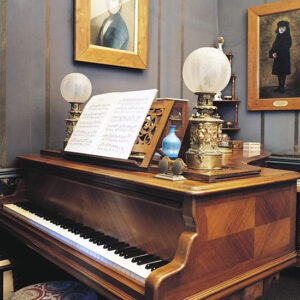 In 1932, Ravel was injured in a taxi accident. He suffered headaches and motor difficulties. He couldn’t compose.  He’d gaze out on the balcony, telling friends simply, “J’attends” – I’m waiting. Finally, he underwent brain surgery but fell into a coma. 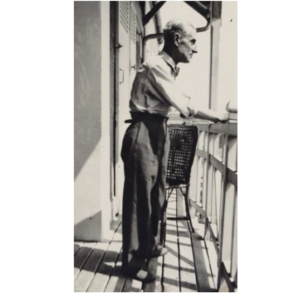 After his death, his faithful housekeeper kept everything precisely as it was.

Downstairs, in his smart monochrome bathroom, his toothbrush is still waiting in its beaker. 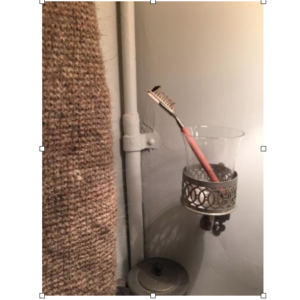 Maurice Ravel’s house in Montfort L’Amaury is around 30 miles from Paris. Find out about visiting here and here.